Since 2001, I am working on digital solutions from small business server operations to enterprise platforms, from process digitization to big data automation as well as applications based on artificial intelligence. I would like to share this passion with you, so feel free to

At its core, c-Com is integrating the digital twin of cutting tools into collaborative processes. 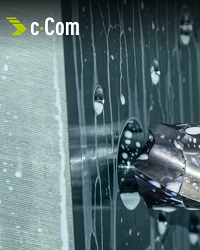 Initiator and developer of BNote, a web application to organize bands, choirs, schools und other ensembles. 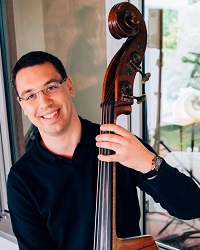 Is the Industryverse the Web3 for the manufacturing industry?

How to utilize the blockchain technologie in the metal cutting industry was the topic of my presentation at the German Machining Tools Summit.

During the Corona lockdown I was honored to given an interview for the magazine of the German machine builders association. You can read the original here.

The challenges of the digitalization in the metal cutting industry was the topic of an interview with Damian Babu. Read the interview as published in The Digital Enterprise.

Cloud computing and in particular cloud platform technologies such as Cloiud Foundry and Kubernetes were discussed in various sessions throughout these two interesting days.

Participating in the panel discussion of this event, I argued not to forget the human factor when talking about Cyber security in our enterprises. We can have the best digital defence mechanisms and systems, however, if we cannot educate our employees to sensibly use technology, we will not be able to protect our systems and networks properly.

Unfortunately I spent a lot of time on the road every day due to my 60km commute distance. To reduce time in traffic, I built a small recording software monitoring the region's hotspots every 10min. Based on this data several analysis were compiled to show the optimal time to leave home or the office to avoid unnecessary waiting times.

Print media and TV got to know of my analysis and have reported about it:

At Sapphire Now in Orlando, Florida I presented c-Com's metal cutting tools platform and apps. Here is a German summary on the customer presentation's of the event.

Started in a Garage in Vancouver, BC back in 2014 AutoProp created a new market for software automating access and reports of property and real estate information. Nowadays thousands of customers trust in AutoProp handing them valuable reports in seconds instead of weeks. Building this platform with an international team was great fun and an amazing experience. Thanks so much and keep on automating!

At the graduation ceremony of the faculity for informatics of the Technical University of Munich (TUM) I was awarded the Meister-Coder Preis by Christph Stock from TNG Technology Consulting GmbH. Thank you so much!

A short summary was posted on the website of the faculty.

Back in 2011 a small extension to a big band's website was created to organize the rehearsals, gigs, participation, meeting points and more. When other bands saw the system, they wanted to have it on their website, too. And so the extension became its own software. Up until 2013 the initial bugs and feature requests were fixed and BNote was made available to a broader public on GitHub. Since then the organization tool has evolved to serve choirs, bands, schools, universitites, ensembles and many more groups having to deal with the daily coordination of many people in culture.

In Berlin we had a lot of fun coding and solving the challenges in many creative ways. Winning this contest (today dubbed as Hackathon) was unexpected, but a special honor!

You can find a short article about the event here.

Aside of my work digitizing industries with all its topics such as software development, architecture, processes, systems, cyber security and organization, I'm engaged in open source software development and I'm playing the electric and upright bass at Seven Tones to see myself how it feels as a user.